skip to main | skip to sidebar

A Book update from Mark Goddard 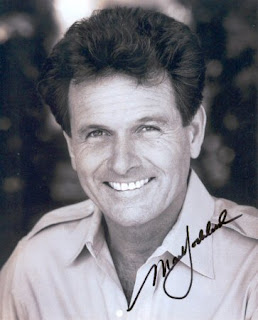 My book won't be ready for the Ray Courts show. I tried to get it ready but just couldn't swing it. I got the the proofs and the cover is senstional. I have some corrections to make on the interior and when that is done they have ten days from that date to get it to me. It looks like the 15th of October.

I want all the Lost in Space fans to know that if thet come to Ray Court's show, I will take orders and send them signed copies to their address. I will pick up the handling charges. Also, if they order a signed book, I will give the first fifty people a signed colored picture of me that is featured on the cover for a reduced price. 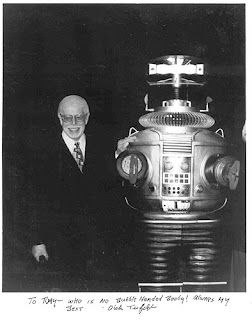 I had a nice correspondence with Dick Tufeld today. All is fine with Richard and he is doing great. I am going to be interviewing him for the LIS Memories website very soon as this is a long over due interview that I have been wanting to do for a while. If anyone would like to have their question included in the interview they can email me at sdutc@aol.com and I will include your question.
Posted by Ray Dutczak at 9/06/2008 02:03:00 PM

An update from the Major! 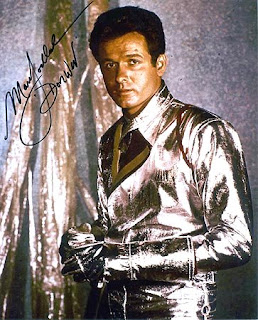 Dear Ray, Here it is!

TO SPACE AND BACK

What made Mark Goddard kidnap a wooden indian? Why was he arrested for carrying a Colt 45 in Boston? How did he deal with his infant daughter's disappearance? "Danger, danger Will Robinson" is a phrase Mark Goddard often heard in his role as Major Don West in the 1960's hit television series Lost in Space. During his real life, the phrase he should have heeded was "Danger, danger Mark Goddard." This memoir maps Goddard's roundtrip journey from a small town boy to a TV star and back again, recounting humorous anecdotes about co-stars and celebrities like Billy Mumy, Peter Fonda, Buddy Hackett and Jim Brown. This trip gets bumpy along the way, though, with two failed marriages and a career nosedive before Goddard has the realization that changes his life. Told with humor and candor, To Space and Back gives the reader a roller coaster ride equal to any side trip the Jupiter Two took on its way to Alpha Centauri.

Would you have liked the first season of LIS if it was filmed in color?